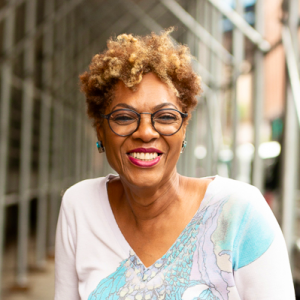 Carolyn has taught her Reel Pitch workshops in Nashville at Watkins Film School, in New York at the Independent Film Project, the Black TV & Film Collective and LA Film School. She is currently a screenwriting instructor at New York Film Academy.

A graduate of NYU, Carolyn was raised in South Carolina. She ran the Nashville Film Festival’s At-Risk Teen Film Project, has been a teaching artist at the Cinema High School in Bronx, NY, and at the Gathering of Native American Youth Arts Camp in Sonoma County, CA.

As a screenwriter, she has scripted works for 20th Century Fox and a variety of indie producers, and is developing a variety of original content including 5 Wast Broadway, Banjo Moon, Mean Love, and the documentary series Black Irish Blues. She is presently working on her feature directorial debut, the romantic dramedy, Everglow, for which she has also designed a line of home accessories to be featured in the film.