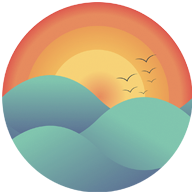 The Climate Solutions Advocacy Institute (CSAI) was formed in response to the urgent call by the United Nations in February 2022 to “implement changes now in terms of how we organize our societies,” in order to avert global climate catastrophe.

CSAI’s mission is to facilitate that reorganization so that our governments can implement transformative large scale climate solutions now. Our unique two phase approach is:

While in its formative stage, the Climate Solutions Advocacy Institute is being incubated as a project of Informing to Empower, a California-based educational 501(c)3 non-profit organization.

CSAI’s university program was launched with a graduate practicum course called, “Climate Solutions Advocacy: Be the Media,” during the Spring, 2022 semester at the University of California’s top ranked College of Agricultural and Environmental Sciences.  World renowned climate scientists Anthony Wexler and Thomas Tomich joined CSAI founder and evolutionary media innovator Jonathan Greenberg to develop the Solar Farm Green Bond solution, and to build an easy to understand narrative around it, described in this 3-minute video and on our website here.

The class objective is to create a white paper that can advise CSAI in its development of a solar farm bill, financed by green bonds, to allow California to meet its urgent goal of creating 100% renewable electricity for the state’s enormous needs by 2045.

The class is consulting with key experts from the California Treasurer and iBank offices, as well as experts and representatives in the state legislature, solar farm operators, agricultural, environmental and climate justice organizations, to facilitate the drafting of a conscientious public interest bill to finance the largest network of solar farms in the world, on aquifer depleted, sun-drenched farmland in the state’s Central Valley.

In September, 2022, a concurrent practicum course, open to all UC Davis grad students, called “Revolutionary Organizing for Climate Solution Implementation” (ECO 290) is being taught by CSAI’s co-founders Jonathan Greenberg and Anthony Wexler, as well as Colin Murphy, Deputy Director of UC Davis’ Policy Institute for Energy, Environment, and the Economy.

The class will research and conduct direct outreach to build support for a California Solar Farm Green Bond bill, while gathering feedback from numerous stakeholders and grassroots organizations about the solution and bill.

CSAI’s collaborative law and environmental graduate practicum program will be followed by an  evolutionary media advocacy campaign to build the massive public awareness around a proposed transformative climate solution bill that is necessary to have it supported by state legislators and implemented.

We are currently implementing our unique five step program around a California solar farm green bond bill that would finance the largest utility scale renewable energy climate mitigation program in history. The solution is described on CSAI’s page here, and in this 3-minute video.

CSAI’s five steps to making possible the implementation of transformational climate solutions that have, up to now, seemed impossible, are:

This year’s seed stage funding for the Climate Solutions Advocacy Institute has been provided by its founder Jonathan Greenberg through the seven year old non-profit Informing to Empower.

Informing to Empower’s mission is to help build a stronger democracy together by using digital media to bring greater transparency and accountability to government. The organization’s past projects include the Candidates Video Debate, launched in 2020, and InformYourVote.org, which, in 2021, was the most widely used online voter education resource for the NYC Mayoral election.

The Climate Solutions Advocacy Institute is a new project of Informing to Empower, a California-based educational 501(c)3 non-profit organization.

Informing to Empower’s past projects include the Candidates Video Debate, launched in 2020, and InformYourVote.org which, in 2021, was the most widely used online voter education resource for the NYC Mayoral election, then largest ranked choice voting contest in U.S. history.